Joe Biden announced plans for a large increase on the country’s capital gains tax. The U.S. economy continues to recover as vaccinations support the reopening of many industries. Bitcoin prices retraced from previous highs before stabilizing around $50,000. The pullback coincided with a disruption to Bitcoin mining operations in Xinjiang, China. Venmo is now allowing buying and selling of Bitcoin on its platform.

President Joe Biden is proposing to increase capital gains taxes in the United States. The proposal could raise capital gains taxes to 43.4% for top earners, equal to the highest marginal tax rate on labor income. Additionally, the proposal calls to introduce a capital gains tax on assets held until death. Biden is expected to give more details on his proposal this week. U.S. unemployment claims reached a new pandemic low of 547,000 last week. Jobs were added in sectors including hospitality, retail, and dining, as vaccinations have allowed these parts of the economy to begin reopening. Former head of the Office of the Comptroller of the Currency, Brian Brooks, is taking over as CEO of Binance.US. Former Chairman of the U.S. Commodity Futures Trading Commission, Christopher Giancarlo, is joining the board of BlockFi.

Bitcoin is trading around $53,000 at the time of writing, representing a significant pullback from recent highs. The pullback coincided with retracements seen in equity markets following Biden’s announcement about raising capital gains taxes. There was over $10 billion in estimated liquidations on April 17th and 18th for traders with levered exposure, contributing to additional selling pressure on the currency. Bitcoin miners in Xinjiang, China were forced to shut down operations for many days due to region wide blackouts. The shutdown has significantly reduced the Bitcoin network’s hash rate.

Venmo is now allowing its U.S.-based users to buy select cryptocurrencies on the platform, including Bitcoin. GBTC reached a new all-time low discount of 19% relative to the trust’s NAV. The discount comes despite intentions to convert the asset into an ETF and a comprehensive buyback plan of $250 million. Morgan Stanley’s Bitcoin fund raised $29.4 from 322 investors in its first two weeks.JPMorgan Chase is planning to offer an actively managed bitcoin fund to clients potentially as soon as this summer, signaling a reversal from previous opinions about bitcoin. NYDIG will act as JPMorgan Chase’s custody provider. Nasdaq CEO Adena Friedman stated that her company is evaluating “some really interesting ways for us to participate in the crypto space”, although the discussion is still in early stages. Tesla, which added $1.5 billion of bitcoin to its balance sheet in early February, is planning to release its Q1 earnings report after market close on Monday. Many companies are expected to release their Q1 earnings reports this week.

Biden’s tax proposal would significantly change the investment landscape in the United States. However, the proposal is widely opposed by Republicans as well as some Democrats representing high-income regions. Bitcoin prices pulled back with a range of possible contributing factors. Venmo’s Bitcoin support could introduce significant supply from a segment of the market that previously did not have access to the currency. 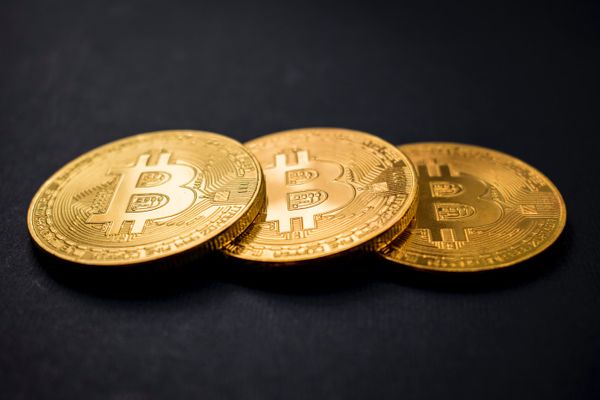 Coinbase made a direct listing this week, giving Bitcoin markets a temporary boost. Turkey banned Bitcoin payments as the currency began to outperform the local lira. Bitcoin receives support from both sides of the U.S. government.