The infrastructure bill continues to make progress in the Senate despite last minute revisions, including updates to the cryptocurrency provision. Gary Gensler has called for greater regulation of cryptocurrency markets. Bitcoin’s price continues to appreciate while legal developments are ongoing in the United States.

The Infrastructure Bill Progresses as Cryptocurrency Provisions are Revised

The infrastructure bill received support from 18 Republicans in a procedural vote, indicating that the bill will ultimately be approved by the Senate. If the Senate passes the bill it will be sent to the House, where it will most certainly face additional resistance. The Senate is still debating several amendments prior to finalizing the legislation, including updates to the cryptocurrency provision after criticism regarding the breadth of the reporting requirements. Mark Warner and Rob Portman, who initially proposed the provision, suggested a small revision which limits the definition of a "broker" to exclude certain mining and custody operations. An alternative revision from Ron Wyden, Pat Toomey, and Cynthia Lummis would further limit the scope of the bill to only include financial intermediaries. If accepted, the revised proposal would significantly reduce the burden that the bill introduces to cryptocurrency markets.

Gary Gensler called for enhanced regulation of cryptocurrency markets in remarks to the Aspen Security Forum. Gensler compared the current regulatory landscape to “the Wild West”, remarking that cryptocurrency exchanges and lending products are prone to “fraud, scams and abuse.” The SEC noted that it will regulate the industry as much as possible with its current authority, and has requested additional powers from Congress. The agency has declared that cryptocurrencies should be classified as “something that's a security”, opening the door for the SEC to regulate cryptocurrency companies. Gensler did note that he’s optimistic about the underlying technology, which “has been and could continue to be a catalyst for change in the fields of finance and money.” However, he believes that the industry will not succeed without greater investor protections. Gensler also noted that the SEC was more open to an ETF based on Bitcoin futures than Bitcoin itself. ProShares and Invesco have already filed to launch a Bitcoin futures ETF.

Bitcoin extended its rally this week, reaching price levels as high as $46,000. Bitcoin was trading at $45,500 at the time of writing, putting the currency up 57% year-to-date. JPMorgan is now offering a Bitcoin fund to select wealthy clients through a partnership with NYDIG. JPMorgan is pitching the fund as a safe and cheap investment vehicle, ideal for investors who cannot own Bitcoin directly. The fund has not yet accepted any investments. Binance has begun winding down derivatives offerings in Hong Kong. The business move is in line with a statement that the company is “pivoting from reactive compliance to proactive compliance.”

Gary Gensler’s call for greater regulation of cryptocurrency markets came as a surprise, as many in the industry expected his office to be very favorable to the cryptocurrency marketplace. The Senate is scrambling to finalize last minute revisions to the highly debated cryptocurrency provision in the infrastructure bill. The expedited nature of these discussions is worrisome considering the significance of the proposal and its potential to drive innovation to other countries if it's overly cumbersome. Bitcoin has continued its price rally despite the potential for increased scrutiny from U.S. regulators. 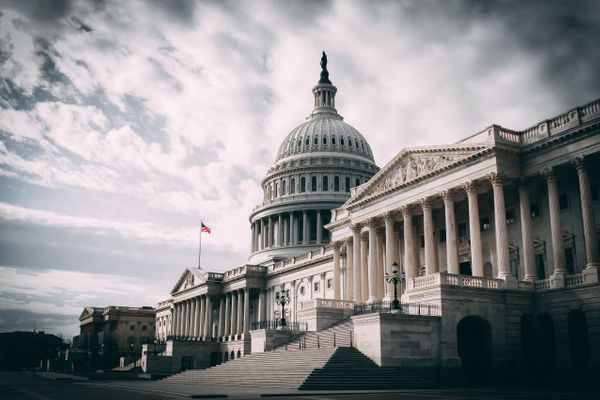 Bitcoin prices appreciated significantly this week, with many consecutive days of gains. The Senate advanced a $550 billion infrastructure bill that includes a provision for enhanced scrutiny of cryptocurrency markets.