The European Central Bank has formally raised their inflation targets after a year of unprecedented spending measures. The U.S. Senate is expediting new spending measures, despite the ongoing rise in asset prices. Argentina is following El Salvador’s lead with a newly proposed bill which would allow certain employees to receive their salaries in Bitcoin and other cryptocurrencies.

The European Central Bank has raised its inflation target to 2%, up from the previous target of “below, but close to 2%.” Executive Board Member Isabel Schnabel added that there is a chance of “inflation outcomes being moderately above our aim for a temporary period of time.” Chuck Schumer is attempting to expedite the timeline on an infrastructure bill and budget resolution, even if it means senators will be “remaining in Washington into the previously-scheduled August state work period.” WTI Crude, the price indicator for crude oil, reached a 6-year high of $76.98 last week. Despite concerns about inflation, the 10-year treasury yield dropped to 1.25%, before a partial recovery Thursday afternoon. Declining yields may have been driven by pessimistic economic indicators, including a slight increase in jobless claims last week.

Argentina’s National Deputy for Mendoza, José Luis Ramón, has introduced a bill which would allow certain employees to receive their salaries in cryptocurrency. Employees would be allowed to select the cryptocurrency they wish to be paid in. Britain’s Financial Conduct Authority announced that Binance “is not permitted to undertake any regulated activity in the U.K.” due to legal issues surrounding anti-money laundering violations. Elizabeth Warren issued a deadline of July 28th for the SEC to formalize its legislation around Bitcoin and cryptocurrencies, citing consumer safety as the priority of regulation. Bitcoin experienced a record 28% decrease in mining difficulty during the most recent adjustment, largely due to China’s crackdown on mining. Texas is one of many landing spots for displaced miners seeking cheap renewable energy and bitcoin-friendly legislation.

Square announced that it will be building a Bitcoin hardware wallet to help people self custody their funds. The UFC has finalized a $175 million sponsorship deal with crypto.com. Senator Pat Toomey’s financial disclosures indicate that he has taken on Bitcoin exposure through GBTC. Allied Payment Network is incorporating Bitcoin into its product offering and will add the currency to its balance sheet. Wyndham Hotels & Resorts will begin offering Bitcoin rewards to its 87 million members. Steve Wozniak called Bitcoin “the most amazing mathematical miracle”, and said it was superior to gold due to its higher level of scarcity.

Governments around the world seem to have accepted that inflation levels will be elevated for the foreseeable future. Latin American Bitcoin adoption may make a significant stride with Argentina’s new bill paving the way for increased use of the currency. The Bitcoin network continues feeling the effects of China’s Bitcoin mining crackdown.

Powell and Yellen acknowledged that inflation levels are well above typical targets. Square and BNY Mellon are among the financial institutions announcing larger support for Bitcoin services this week. 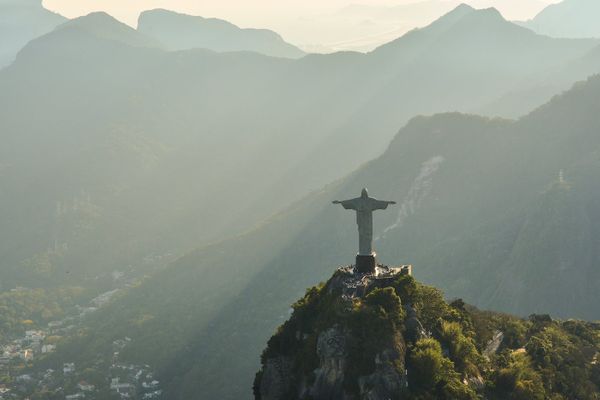 The United States experienced another week of rising housing and raw material prices amid economic recovery. SoftBank made a significant investment in Latin American cryptocurrency exchange.