The Senate passed the infrastructure bill to the House, with the original cryptocurrency provision unchanged. The path through the House remains complicated, with Democrats torn on whether to package the budget proposal with the infrastructure bill. Financial institutions continue filing for Bitcoin-related ETFs, although none have been approved yet.

The Senate passed the $1 trillion infrastructure bill on August 10th in a 69-30 vote. The bill received support from all 50 Democrats, as well as 19 Republicans Senators. The legislation included the original cryptocurrency provision despite proposals to remove or alter the language. Now, the bill moves to the House, where it has the potential to be revised again prior to a vote. Last week, Senators also approved a budget resolution, laying the groundwork for passing a massive $3.5 trillion budget plan. Nancy Pelosi is exploring a rule which "advances both the budget resolution and the bipartisan infrastructure package" simultaneously. However, nine moderate Democrats have broken ranks by declaring that they will not vote for the budget resolution until the House passes the infrastructure bill.

To read more about how River Financial is approaching the cryptocurrency provisions in the Infrastructure Bill, read our press release here.

The U.S. economy continues its economic recovery as the Delta variant begins to significantly affect many sectors. CPI increased 0.5% in July, putting the index up 5.4% in the last 12 months. The Producer Price Index (PPI) rose 1% in July, marking the largest monthly increase ever for the index. The index is now up 7.8% in the last year, a trend that may persist as the government rolls out additional spending measures. Jobless claims decreased to 375,000 this week, approaching post-pandemic lows. Employers added 943,000 jobs in July, bringing total job openings to a record 10.1 million. However, industries most affected by COVID, such as dining and air travel, have started seeing significant decreases in revenue over the past few weeks. Ongoing economic recovery may be halted if the COVID-19 fallout induces another wave of minimal consumer spending.

Brian Brooks stepped down as CEO of Binance.US after only three months in the position. This move was likely a result of the ongoing regulatory concerns the exchange continues to face. VanECK has filed to list a Bitcoin Strategy ETF, which would obtain indirect bitcoin exposure through futures and other investment vehicles. This offering is in line with the SEC's recent comments that the commission is more open to ETFs that do not directly own Bitcoin. Valkyrie Investments has filed for a similar ETF which "will not directly invest in bitcoin." The Bitcoin network faced a 7.3% difficulty adjustment as displaced miners find new places to begin operations. Network difficulty is still down 39% from previous highs following the Chinese legislative crackdown on mining operations.

The passage of the infrastructure bill is disappointing for cryptocurrency industry advocates who were lobbying for many possible revisions. The House can still revise the language of the bill, but revisions are looking increasingly unlikely. The bill, which calls for $1 trillion in total spending, may be coupled with a budget proposal of $3.5 trillion. These spending measures are so extreme that they are facing resistance even within the Democratic party. 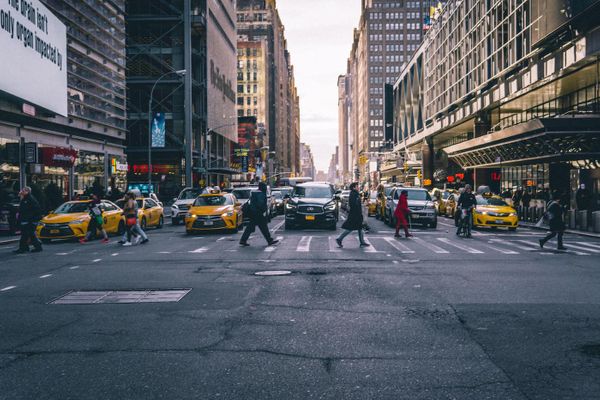